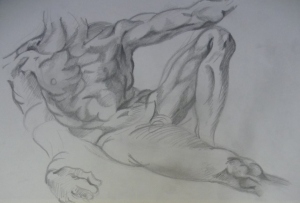 Yes it worked! I’ve got your attention with this muscly naked man! Woo, what I would do to have abs like that…Right, enough swooning. This is a direct copy of a Michelangelo sketch (and if you don’t know who that is please go and hide under a rock). Below is the original: 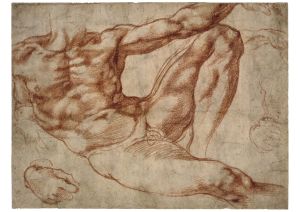 I know I said I don’t copy art much, well I lied. I did it quite a lot when I was younger. I just found it soothing. I got to draw without actually having to think anything up. I guess it’s kind of the lazy way of making art. There’s been a lot of debate about this actually. Yes still life work looks lovely and you can hang it on your wall etc etc, but how much skill does it really take? Conceptual art is far more challenging as you’re actually having to think things up and create something from nothing. All very interesting and a debate that I’m sure would get very heated with a lot of people. So for now I’m just going to avoid the controversy. 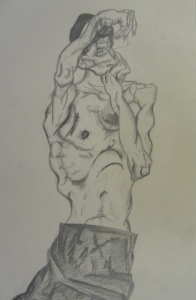 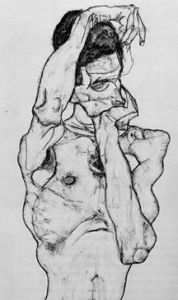 I think it is safe to say Egon Schiele is one of my ALL TIME favourite artists! His work is just so stylised and expressive. Gruesome in a sense even. I don’t know what the majority of people think about it, they probably think it’s a bit creepy or there are far too many vaginas going on. But personally, I love it all! It’s all just so scratchy and scrawly. Schiele is one artist who definately understands mark-making! You can see where he’s put pressure on his pencil, you can see how successful his limited colour palettes are with yellows and reds often featuring. He’s got a very interesting history to accompany his art as well. He was an art school drop out. He was also mentored by Gustav Klimt (lucky sod!) He was jailed at one point and a lot of his work that was deemed ‘pornographic’ was confiscated. I always think the personality of the artist goes hand in hand with the art work and in Schiele’s case this is definately evident. He was a notorious womaniser and his work truly reveals his raw sexuality. I love imitating his bony, almost anorexic-looking creations. 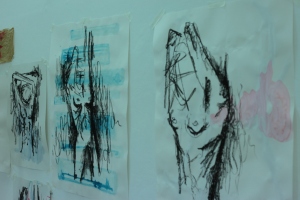 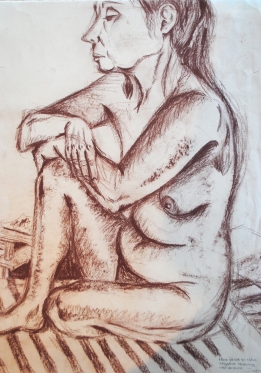 I remember my first Life Drawing class. I was sixteen. The model walked in and removed her dressing gown. I felt ridiculously uncomfortable. There were three boys in my class and they were smirking and trying not to giggle. The room was unbearably hot to stop the model getting cold. My teacher walked over and directed the model into a pose. I prayed I got the back of her so I didn’t have to look at any intimate parts. Just my luck, I got the view with everything! I didn’t know where to look! But once we started drawing I wondered what the hell I was worried about. It was just a naked body after all. And this naked female body felt like the most interesting thing I had ever drawn! The curves and shadows, the folds of skin and the wrinkle creases, the muscle tone. I was hooked. Life Drawing became one of the highlights of my week. Looking and studying the human body as it moved, as it maintained a position over a set amount of time, at the shadows falling across it. This was where my love of studying the human form truly set in and I have never looked back since. 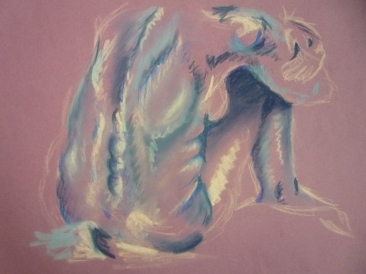