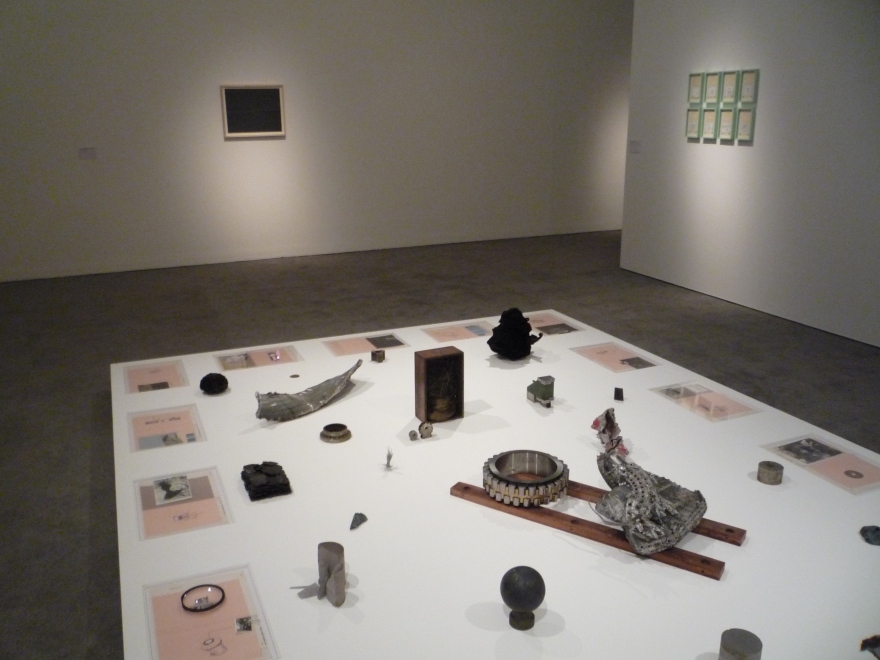 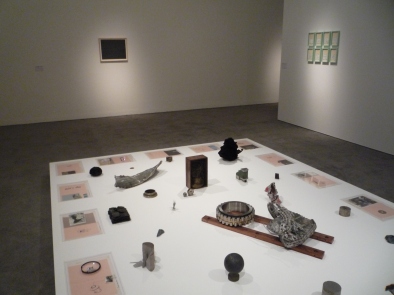 So I had a wee trip down to The Baltic this afternoon thinking there wouldn’t be anything new on given how often I go. But I fancied a walk and some fresh air before the gym so decided to go anyway. I was pleasantly surprised to be greeted by Hajra Waheed’s exhibition. Waheed’s work explores the increasing militarization of the sky and how satellite surveillance is becoming more commonplace in our everyday. She works in mixed media ranging from collage to video installation. Her works include archive fragments and field notes which bring an interesting dimension to the artwork as it feels so much more intense with those elements in it. To me that is, maybe to science orientated people it’s more of a natural dialect. 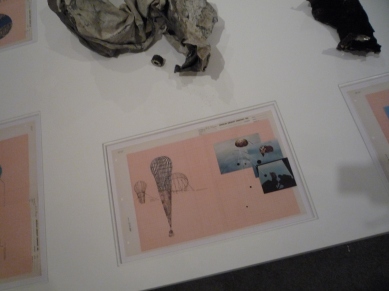 I am often fascinated when an artistic practice blends itself with science as that is a theme that differs so greatly from my own. Science and technology are fascinating to me, mostly I think because I have no knowledge about them. To me they are merely the great unknown! Yet strangely in this case I have no urge to make this unknown known, it’s almost as if I prefer it all being a mystery so that I can continue to appreciate it from the outside. Or maybe my brain is already too full with arty stuff, which is probably more accurate if I’m being completely honest!

What really struck me about this exhibition was the layout; you could tell how much thought had been put into this aspect. There were divides within the space so that some work was hidden when you first entered, there was a separate room and then a little alcove in the wall. There were waist high plinths and then plinths that were just above ground level – the exhibition really forced your eye to travel and it was fantastic! It felt almost like a journey through the artwork. There was also sound playing across the entirety of the room which I think was the sound of materials scraping against the floor as they were being moved. I may be wrong as it was kind of obscure and difficult to pinpoint but given the satellite material laid out on the low-lying plinth, it did suggest the sounds were depicting the movement of these items. If not then I am intrigued by what the sound was capturing; in a way it is this ambiguity that makes it all the more interesting.

My photographs sadly, do not justify the exhibition. Because I didn’t think there was a new one on, I just chucked my basic little camera into my bag last minute. Speaking to a member of the Baltic crew, he said Waheed is very particular about how her exhibitions are documented given the thought and time she puts into layout. So she would probably hate me right now with these awful snapshots of her work. They do give you an idea however of the space. The artwork itself did not trigger much response from me I think because I was too fascinated by the arrangement of it all. I particularly liked how she’d arranged all her framed works, it had a satisfying regimental quality to it (photo above).

I don’t think I’ve ever witnessed an exhibition where the lighting has made such an impression on me. It was both dramatic and subtle at the same time. There was kind of a blue hue throughout the entire space which created a real sense of calm despite the quite intense subject matter. Waheed grew up on the gated Aramco compound of Saudi Arabia where I myself spent some time when I was growing up. It was interesting looking at her work once I found this out as there are some controversial explorations carried out which I think are heightened by the fact she had lived in Saudi and is not simply an artist observing from the outset. Controversial and highly political and not something I am really wanting to get into given my experiences. 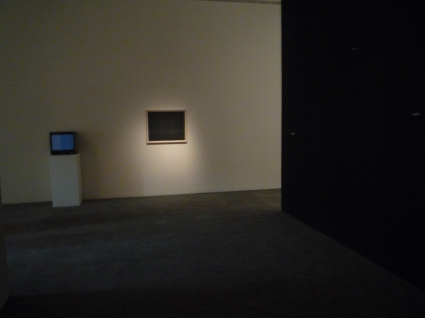 On the whole I think this was a very successful exhibition. The artwork itself was not exactly to my taste and doesn’t make me want to run off and research her. However the thought and skilled arrangement of it all does. You can tell this is an artist who thinks about the bigger picture when making artwork and I think that’s really important to being successful in today’s art world.